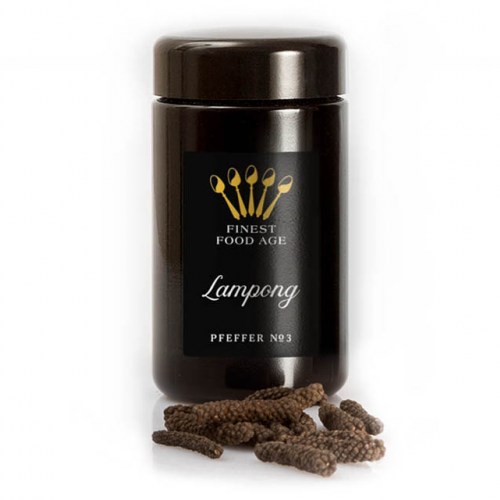 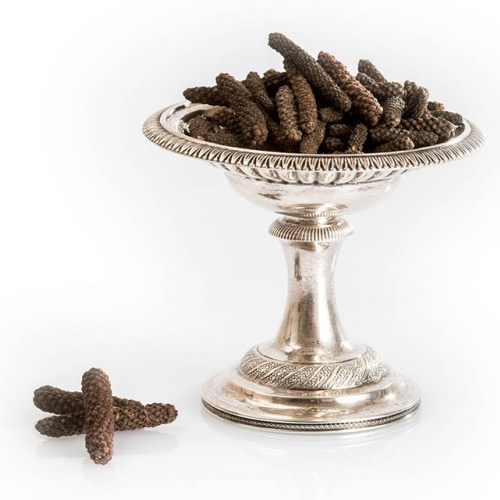 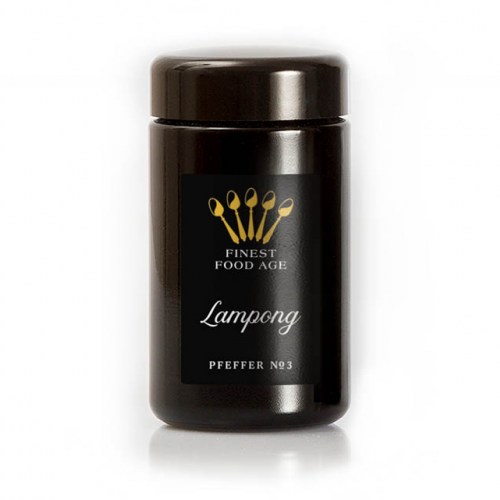 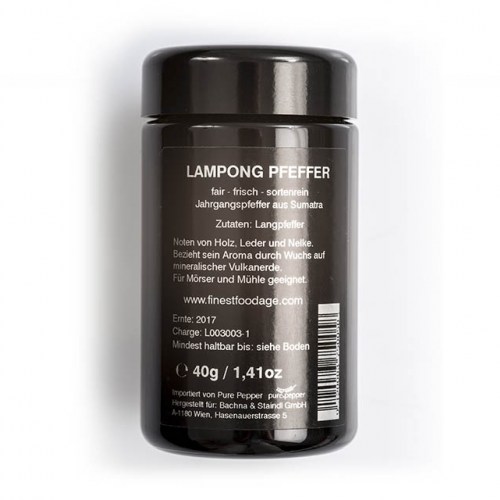 The Lampong pepper in the FINEST FOOD AGE PEPPER COLLECTION comes from the Lampong region in the south of the Indonesian island of Sumatra. The pepper grows there on volcanic earth that is rich in minerals. This soil gives the pepper its unusual character.

Pepper has been grown in Lampong for more than 2,000 years. In antiquity it was only this long pepper and not the black pepper with which we are familiar that was traded and used in Europe. The long pepper was transported overland; it was very expensive and a valuable trading commodity. Only after discovery of the sea route to India in 1498 did long pepper gradually disappear from the picture, because the Portuguese traded mainly in black pepper, in which they had a monopoly for some hundred years.

Long pepper is a climbing plant that likes clayey soils, adequate shade and high humidity. The flowers and fruits of the pepper plant develop as inflorescences between heart-shaped leaves. These inflorescences look like the catkins of hazel or willow catkins. After Harvesting, the pepper catkins are carefully dried.

A sustainably managed relationship between farmers and trading partners ensures that farmers are paid fair prices while customers get reliable quality.

It is clear even from its appearance that the Lampong pepper in the FINEST FOOD AGE PEPPER COLLECTION has nothing to do with the ordinary peppercorns found in the shops. The long, dark brown “catkins” are the dried infructescences of the pepper plant that exude a crisp “green” fragrance.

The Lampong pepper in the FINEST FOOD AGE PEPPER COLLECTION has a bewitchingly mild pungency and a complex, slightly sweet and fruity taste. Its warm, spicy flavour is noticeably piquant, with a complex bouquet of clove, cinnamon, liquorice and chocolate.
During cooking Lampong pepper releases its flavour very slowly, which makes it perfectly suited to all stewed and braised dishes that are cooked for a long time.

In the grinder Lampong pepper develops a broad, rounded flavour that is also a charming complement to sweet dishes and fruit. With its rich taste notes, Lampong pepper is a powerful partner for dark meats such as game, lamb and beef, and it also goes well with strongly flavoured hard cheeses. It adds a special depth to gravies and marinades.
On account of its origin, Lampong pepper contributes to an authentic taste in all Asian dishes. And perhaps it is because the green garden pea comes from Asia Minor that Lampong pepper is the ideal pepper on pea soup!

To ensure protection from harmful environmental influences, the Lampong pepper in the FINEST FOOD AGE PEPPER COLLECTION is supplied in high-quality violet glass jars. Keeping this special jar tightly closed will ensure that the Lampong pepper always has the dry and dark Storage conditions that it needs. 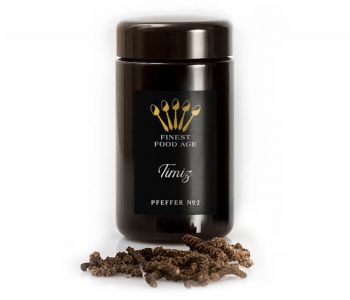 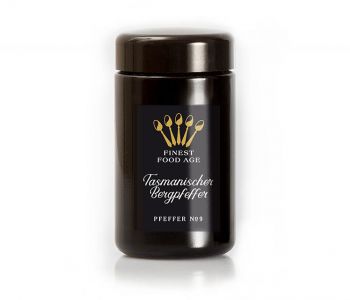 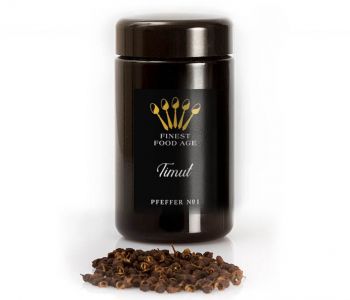 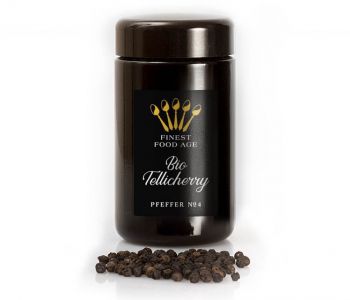